You are here: Home > Latest > Dementia Carer Workshops – Could your organisation benefit like the British Library?

“I was only signed up for the Dementia Friends talk, but found that so useful that I joined the workshop. I’m glad I did and that we were given this opportunity” 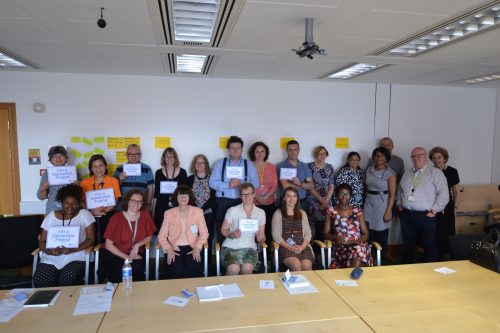 Dementia Friends at the British Library in London

Dementia Friends at the British Library in Boston Spa

For the British Library it was not appropriate to go off site for the sessions. The workshops were arranged within their offices. Had we used a separate venue the uptake would have been far less. Due to cut backs we had to rethink some organisational aspects regarding food and drink. The result was still very beneficial for those who attended. This proved the value of tailoring for their organisation.

Our Dementia Carer workshops are interactive and practical. Participation and involvement is encouraged. Seeing the issues raised by others which we can relate to reduces isolation. Sharing practical tips and what has worked for others is enabling. Discovering help and tools available reduces stress. 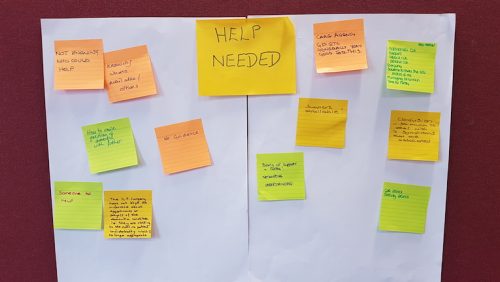 Carers are not getting the help they need

Carer Buddies can get together for a chat occasionally. Finding other dementia carers working in your own team or department reduces isolation and loneliness. You could have been working for years with people and not realise that they were in a similar situation. The British Library now has a new support network who can keep in touch and be there for one another.

The workshops were delivered by Mary Sherwood and Elizabeth Clarke. It was clear from the positive feedback that the sessions had been very useful to those who attended.

“Hearing other peoples’ experiences of people with dementia was a revelation”

Brilliant! Mary and Elizabeth deliver facts in a very down to earth way and on my level.”

“Very informative – wished I had known some of these things before!”

And the winner was….

Tony Husband recently gave a presentation about his book ‘Take Care Son’ at an Exeter Dementia Action Alliance meeting. The well known cartoonist developed his book to tell the story of his father’s dementia through a series of cartoons. His title reflects the last words his father spoke to him. Anyone who has experienced knowing a person with dementia will be able to relate to it. We raffled a signed copy of the book and Rosi was the lucky winner. 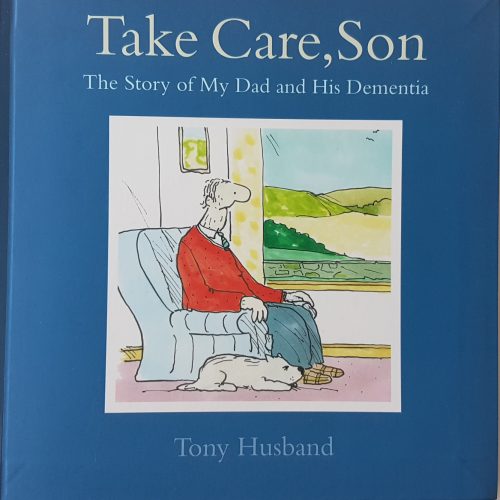 We look forward to working with the British Library again. Which companies do you know who might benefit from a Dementia Carer Workshop? Contact us for more information.